​Starting a JCL chapter will: 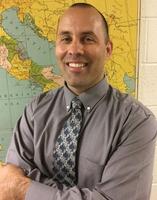 Ms. Liz Brady teaches Latin to the middle schoolers of Detroit Country Day School. She has been studying Latin since high school and received her BA in Latin from the University of Michigan. She remembers attending MJCL as a high school student and is very excited to be a part of this great tradition! 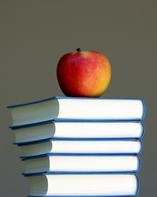 Dr. David Noe is the Chairman of the Department of Philosophy and Classics and Associate Professor of Classics at Calvin University. He holds a Ph.D. in Classics from the University of Iowa along with a B.A. in Classical Languages and Philosophy from Calvin College.

Mr. Reed DeMarco teaches Latin 1 through 4, as well as one Greek class at Brother Rice HS.  He holds a BA in Classics from Wayne State University, an MA from the University of Kentucky, and received his teaching certification through Grand Valley State University.  He was introduced to JCL by his cooperating teacher, Sue Miller.

​Forming a JCL chapter helps students stand head and shoulders above other college applicants!  JCL is a nationally-recognized student organization that is an excellent addition to any student’s college transcript.

Any local group with five or more students who are taking or who have taken a classical language or a course in the classical humanities and with assistance of a teacher or sponsor may form a chapter!

A NJCL chapters or members-at-large must affiliate with its state/provincial organization. Contact thestate/provincial chairs listed on this site for information regarding dues and other requirements for your state.

N.B.: All Chapter Sponsors must be members of the American Classical League, which can be added to the chapter registration.

NJCL Chapter dues are levied on a sliding scale depending on date of registration: