Student officers are high school students in grades 10-12.  They have shown maturity, leadership, and responsibility in your school JCL chapter.  Elected officers arrange to attend up to four meetings in Michigan, located in various parts of the state near the upcoming conference.  Student officers attend with their teacher, who is responsible for seeing that the student officer upholds his/her duties.

Teachers may select no more than THREE students to run for officers.  Students are given a form to obtain the signatures of their parents, teacher, and themselves to show that they have permission to run for an office.  The permission forms are sent to the student who is parliamentarian for the year.  This student compiles a list of students running for offices, making sure that only two students run for an office.  If there are more than two, the parliamentarian contacts the most recent student who has submitted a permission slip and asks the student to select a different office.

At the spring conference, the candidates prepare brief speeches to give to the entire group at the assembly prior to the voting.  At the conclusion of the speeches, the parliamentarian supplies each chapter with a ballot so the school may vote for TWO.  They may vote twice for the same candidate or split the vote with one for each of the two people running.  The votes are tallied, and the winners are announced during the awards assembly.  New officers are officially sworn in at a ceremony.  Officers receive an official NJCL pin.

Teachers:  Provide this information to all students interested in running for an office along with the following application.  Applications will be considered in the order in which they are received.  The deadline is  February 28, 2017. 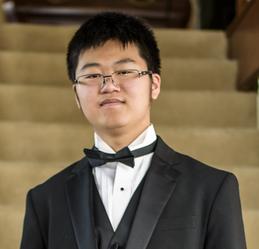 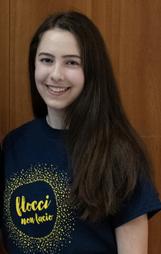 Salvete omnes! My name is Dalia Housey and I am your Secretary/Historian. I love Roman culture and the studies surrounding Roman life. Outside of being an MJCL and JCL officer at my school, I enjoy student council, mock trial, and many other extracurriculars. Latin has helped me in so many ways, and I hope that by giving back to the MJCL I can help Latin grow, and influence many others how it has impacted me. I hope to see you at the 70th MJCL confrence!

Hello, everyone! I've been elected your MJCL TAEDA Editor. While studying the classics, I found myself interested in topics that hardly anyone knows about -- MJCL has helped me share my knowledge about those things and find a community where there are other people who have the same love for the ancient world as I do. I really enjoy learning Latin, and I'm also learning Japanese and Italian outside of school. I'm excited to get to know all of you this year at the conference; I hope that you'll all have a great time there!

​Hi everyone! My name is Hans Liu and I am your President. I love Roman culture and the study of Roman History including all of the trivia facts from the empire era. In addition to loving Roman culture, I enjoy learning a broad range of topics ranging from Physics to even playing piano and clarinet. Latin by far has helped me significantly and I hope through my time I can contribute greatly to MJCL. 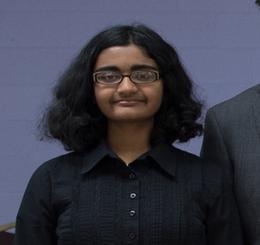 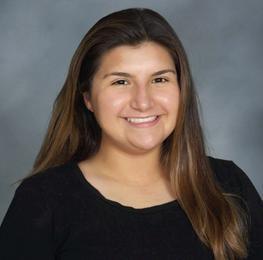 Hello everyone! My name is Sophia Tesic and I am the MJCL Parliamentarian. Roman culture and history have always been interesting for me and I love that learning Latin entails not only learning the language but learning all about the people of Ancient Rome as well. Outside of school, I enjoy playing the violin and traveling to new places. MJCL has helped cultivate my appreciation for Latin and I hope I can share that with all of you at this year’s MJCL conference!